We mean that literally. As an engineering services provider with more than 20 years experience we offer a comprehensive service, accompanying our clients from the birth of the original idea to the maiden flight and type certification. Our strength is our multi-disciplinary,  complete system approach. Our small, creative team with its very high level of professional competence means that we are able to develop a complete aircraft in the CS 22, CS 23 and LSA categories or remotely piloted aircraft systems (RPAS). Convince yourself of our skills by looking at some of the projects we have accomplished.

In 1994 up to 1996 at the University of Stuttgart, Institut für Flugzeugbau, the solar powered airplane icaré 2 had been developed under significant involvement of the two CEOs of SFL, Prof. Rudolf Voit-Nitschmann ( project leader and chief engineer) and Dipl.-Ing. Werner Scholz ( deputy project leader, supervisor of manufacturing and flight testing).
Our know how in electric flight so far goes back to a time when no one spoke about e-flight. icaré 2 in 1996 achieved the 100 000 DM endowed Berblinger price of the city of Ulm for a solar powered airplane suitable for every days use. The well known record sailplane pilot Klaus Ohlmann set 6 FAI world records with icaré 2. The airplane is still operated at the glider port Bartholomä. In the following years Prof. Voit-Nitschmann established the research area “electric aircraft” at the Institut für Flugzeugbau .

Further e-flight projects followed: 2007 a team around Prof. Voit-Nitschmann won again the Berblinger price with a project proposal for a two seat hydrogen powered aircraft, Hydrogenius. This project was accomplished as a battery powered aircraft and thus renamed in e-Genius. The development of e-Genius had been performed under significant contribution of SFL-GmbH (prower train, avionic and electronics). In 2011 e-Genius achieved the Lindbergh Electric Aircraft Price, the second place at the NASA Green Flight Challenge and in 2013 the Green Speed Cup of Berlin. e-Genius today is the best performing two seat electric aircraft word -wide.

All these competences are available at SFL-GmbH and are qualifying our team as a competent high level partner in the field of electric flight.

Our Projects ( All Projects ) 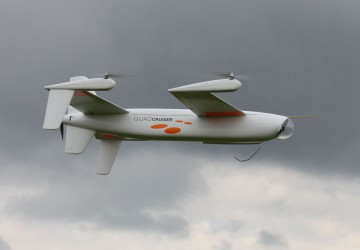 As a project partner of Airbus Innovations Manching SFL was a leading member of the development team of this future remotely piloted aircraft system. The unique selling point of this RPAS is th... 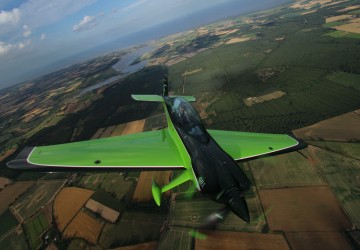 At 16 th of July 2015 the maidenflight of Gamebird was performed. Congratulations to the entire team for this success. Under the direction of Philipp Steinbach Game Composites in Faldingworth (UK) dev... 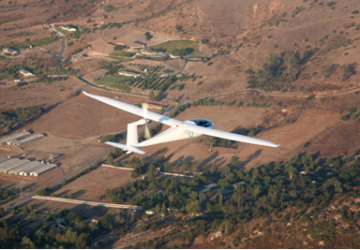 Due to our vast experience in the field of electrically powered aircraft we were able to contribute significantly to the work done by the University of Stuttgart’s Institute of Aircraft Design o...